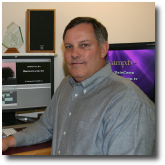 Doug Hanes has been a leader in the film and video production industry for over 40 years.  His expertise and direct involvement in writing, directing, shooting and editing guarantees the continuity and consistency critical to each film or video project.  In addition, his broad knowledge of strategic marketing, analytical abilities and diverse media background makes Doug Hanes a qualified Executive Producer for the Company.

After graduating from the University of Iowa, Mr. Hanes formed Transtar Productions, Inc. in 1982. Since that time, he has worked to achieve the highest level of perfection for every film and video production.  Clients return to Transtar Productions and Transtar Entertainment Company because Mr. Hanes exceeds their expectations in terms of presentation quality, creativity and results.

Mr. Hanes’ extensive experience in all aspects of advertising and marketing, along with every phase of the production process, have led some of the most successful and well-known corporations to Transtar Entertainment.  Clients such as Space Imaging/GeoEye, Orange Glo International, Kaiser Permanente and Johns Manville are only a few of the companies who have experienced the successful results of Mr. Hanes’ unique talent for producing and directing.

Mr. Hanes brings a specialized shooting style and detail-oriented approach to each project.  His formal training in film production and photography creates visually beautiful and technically accurate film and video presentations.  Each year, Mr. Hanes is honored with numerous industry awards for creativity and production excellence from national and international competitions.

As Executive Producer for Transtar Entertainment Company, Inc., Mr. Hanes’ responsibilities include overseeing all film and television projects, hiring of all producer teams and key production personnel, and managing the production budgets.  Mr. Hanes also continues to work as a director, cinematographer, videographer and editor on many Transtar Entertainment projects.  Contact Doug at Doug@TranstarFilm.com.